Old newspaper provides a revealing glimpse into a different world 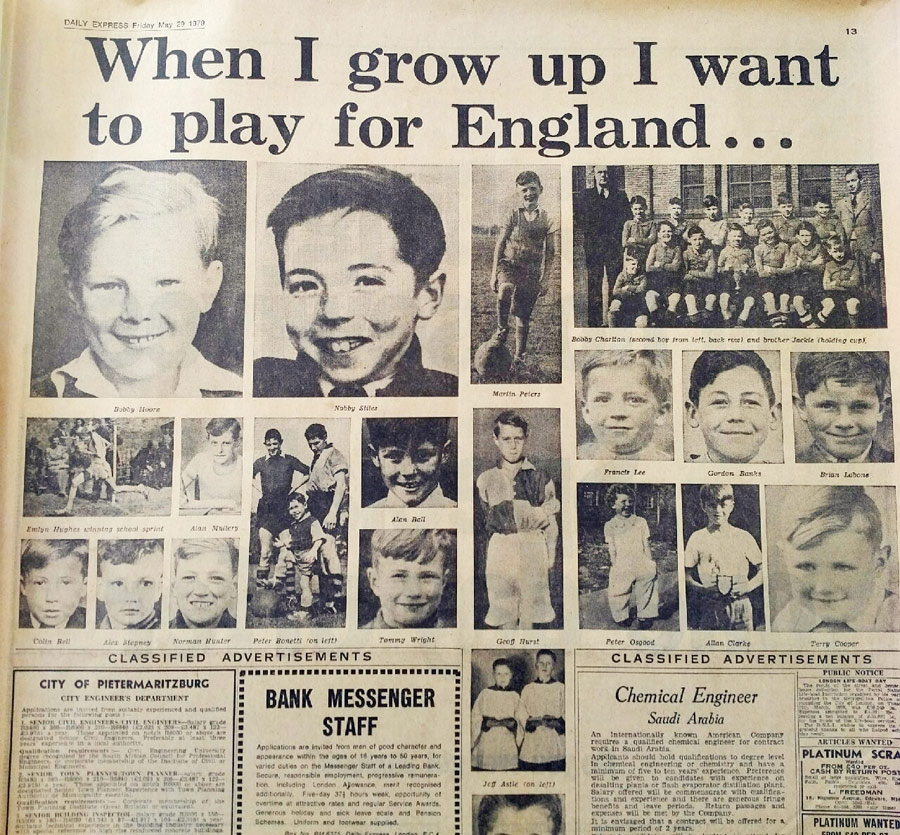 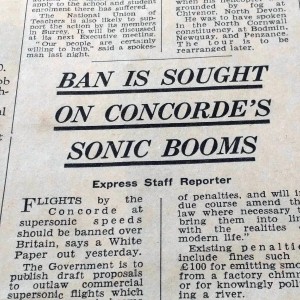 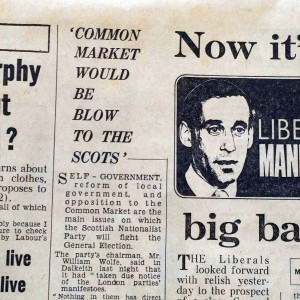 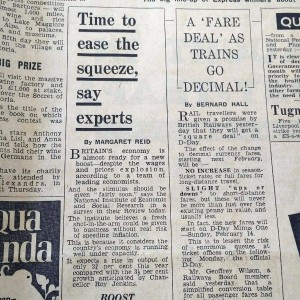 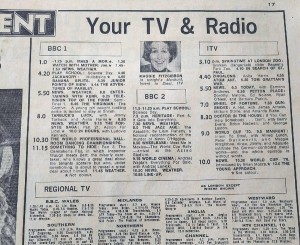 Rediscovered Daily Express shows a very different Britain back in 1970.

It’s been a funny old week, nothing to write a whole blog post about until yesterday.

When we arrived at Palé in September 2015 with our seven delivery vans, we knew that we wouldn’t be using all of our things. We had carefully ordered and marked the packing cases, those to be put away in storage were put upstairs in three rooms in the staff areas. We were organised, but we aren’t any more. The boxes have been moved around copious times, to avoid a leak, to make way for more staff, to be repacked with the results of de-Harpering the kitchen; in other words we no longer know where anything is. So, we are unpacking six boxes a day, repacking into clear storage crates, labelling all sides and moving to the coach house. It’s going to take weeks, especially if we keep finding things that make us smile, engender discussion, or simply things we had forgotten we had.

Most houses the size of Palé have attics filled with generations of cast-offs, hence the occasional Canaletto that reaches the Antiques Roadshow. Palé doesn’t have attics; it was empty when we arrived and we have moved twice in four years. I like order and organisation; I will rest happier when I know where everything is and I have my own inventory of the numbered crates.

Yesterday we unpacked an old battered suitcase, one that accompanied my dad around the world when he was in the RAF. In it we found the hand-typed carbon copies of a sale and a purchase of a house in 1970 – a three-bedroom detached house in Surrey for £8,100. There was also a removal quote for £18 15/- (that’s 15 shillings for you youngsters, i.e. 75p). That got us wondering why no one is espousing de-decimalisation and the return to base 12 for money and measurement for this general election – a missed trick we feel. The bottom of the case was lined with a complete newspaper. The Daily Express, Friday May 29th 1970. My dad would have just turned 41 and I was nine. As an aside, he’s 88 this month and not too good at the moment, we are so grateful for the exemplary care he is receiving from the surgery in Bala, thank you from the bottom of our hearts.

Anyway, the paper. The headline: ‘Mexico, Here He Comes!’. The ‘he’ was Bobby Moore, the occasion the World Cup after the one we won, and it was news because he had been accused of stealing a bracelet, probably a ruse to unsettle the team, and had been detained in Bogota. For people who are too young to remember, the 1970 England team read like every fantasy football player’s dream team. Booby Moore, Nobby Styles, Martin Peters, both Charltons, Emlyn Hughes, Geoff Hurst and the list goes on.

The television page shows just three channels, and they weren’t on all day, but Jackanory, Top of the Form and (swoon) The Virginian were compulsory viewing in our house. Formica has a full-page advert, as does Slim Kings cigarettes, and it’s a time when it was still okay to assume all women were housewives and could be patronised, and it was okay to advertise for skilled men rather than a skilled workforce. Concorde had yet to fly commercially and we hadn’t entered the Common Market: ‘Common Market would be a blow to the Scots’. We haven’t had so much fun reading a newspaper for years.

In 1970 Palé Hall still belonged to the Duke of Westminster. It was still an, albeit largely unused, private house and it was still heated by a plethora of electric fires dating from the 1950s that were left running continually. How it didn’t burn down I will never know.

We hope you had a lovely bank holiday weekend.