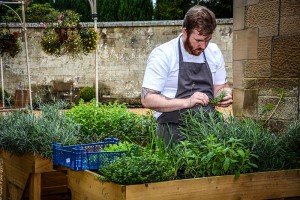 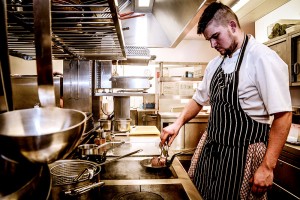 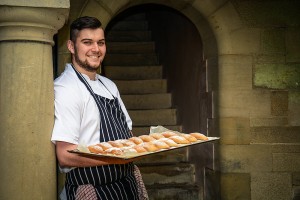 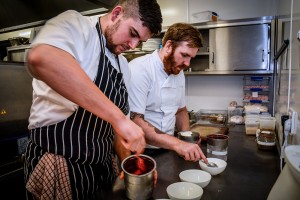 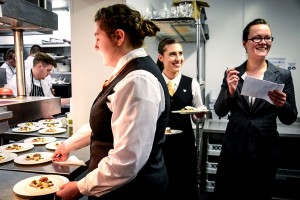 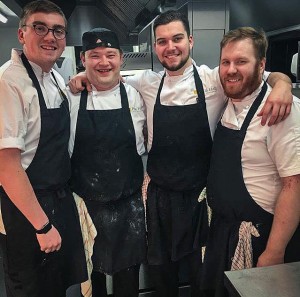 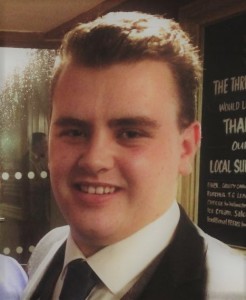 Exceptional gourmet food is central to the Palé Hall experience; our exceptional chefs are the creative force delivering it.

We are in the midst of the January lull. Things are very quiet at Palé this month, a dip in business shared by most country house hotels in the country. Actually, it’s a great time to come and stay or dine. Even more individual attention, free upgrades when available and it’s only a short jump of the imagination to believe that Palé is yours – all yours.

Houses like Palé were built for two reasons: a statement to the world that you have arrived and for entertaining. I know one shouldn’t anthropomorphise but of course we do. When I go near Monty with the brush he does the doggy equivalent of a child pulling away from the mother who wets a handkerchief to clean a grubby face; it’s so easy to see Monty saying, ‘Ger-off me.’ Palé, grand old Dame that she is, has a character all her own.

When chatting through with Chef about his plans and ambitions for this year he was clear in his mind that serving food on hollowed-out pebbles or unglazed pottery may be edgy and on-trend, but they didn’t fit with the ‘old girl’ – and I don’t think he was referring to me 😉. She loves to be warm, she loves to be full, she loves being the shield that keeps you from cold, rain, fog or even too much sun. She sighs with delight when guests enjoy her protection and flutters her eyelashes when her beauty is admired.

It was an interesting chat with Gareth. It’s good to see a young man, with a young team, hungry for success. For Gareth it’s all about the food, but that doesn’t stop him wanting industry recognition and there’s nothing wrong with that.

‘… like all great chefs Gareth’s food has evolved to become an expression of his own unique vision, creativity and skill, consistently winning praise and acclaim from our guests and reviewers alike. The exquisite creations that emerge from his kitchen form the culinary foundations of the Palé Hall experience.’ – Harden’s Good Restaurant Guide 2018

A quick mention of his team won’t go amiss here.

Gareth is already known to you. His love of cooking learned from his mother, he went on to train and then work at Gordon Ramsay’s Maze, of course subsequently progressing through the ranks under Michael’s mentorship to become Head Chef at Abode in Chester before he joined us.

With us from the beginning, and newly-promoted to sous chef, Harry has become a stalwart of the Palé kitchen. His work ethic is second to none, he has been working his way around the various stations in the kitchen to become a well-rounded chef and has earned his promotion. We have been enormously impressed with Harry, he always steps up when times are busy or hard; it’s an attitude that should take him far.

Harry has just taken over from Aaron. Aaron was our sous chef and has left to start up his own business, a lunch café in Worcester. We all wish him and Janine every success in the world and thank them for all they have done.

I mentioned Adam last week. Adam is a pastry and dessert whizz. I hadn’t realised that ‘pastry’ is a world apart from the kitchen, a kingdom where concoctions of jewel-like beauty shine and wobble, and where the scent of sugar hangs heavy in the air. Adam also has an incredible work ethic. Up at the crack of dawn, he loves to create while the world sleeps. We are so excited to have him back, and as chief taster I am in heaven.

Owen returned to us last week. He left us to spread his wings and gain some more experience. We are delighted to have him back, he too works hard, and has a calm un-flustered manner that every kitchen needs and a great skill set. We like his career focus, arranging stages (work-experience) in two Michelin star kitchens in his holiday smacks of significant ambition.

Lee gets the breakfast shift. In before the hotel stirs he actually started as a night porter but has previously been a chef; he stepped in one day when we were short-handed, loved it and bingo, another safe pair of hands.

Shane is relatively new to us. He came with comparatively little experience but a willingness to learn that has seen his skill set improve significantly.

Luke is new to us and he is very welcome. He has his career ahead of him and will learn so much from Gareth and his team. It’s great to support young talent.

I must also mention Anthony, Barry and Richard, our kitchen porters, to some extent unsung heroes but without whom the kitchen would struggle to function. They clean, they wash up, they carry and tidy up. They are a great team; it’s hard and hot work and we are very grateful for all they do.

We have a great offer on for afternoon tea and lunches through January and February, it’s a perfect time to savour their wares.

Have a great weekend