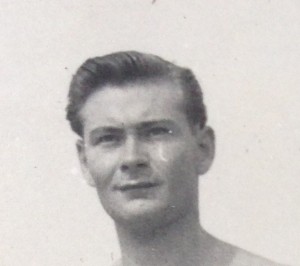 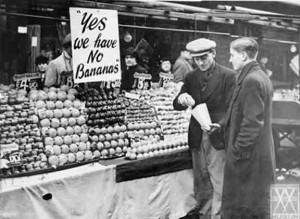 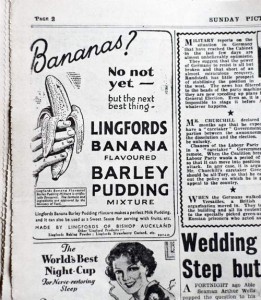 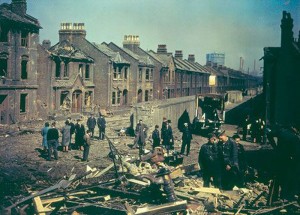 Firstly, thank you to all of you who have asked how Guinness is. Ten days ago we expected that she had come to the end of her very long innings; now she is back to eating like a horse and making her wishes loudly and forcefully known. At 5.15am this morning I was awoken by a very loud yowl, telling me most firmly it was time I got up because she wanted to go out and then she wanted her breakfast. She is a tiny cat but there’s no ignoring her.

Unfortunately, it’s Ted’s turn. He has a poorly paw. Laurence Olivier eat your heart out; Ted is worthy of an Oscar. He carries his leg stiff out in front, not putting any weight on it, sits in front of you with it held in the air and then jumps on to the sofa as easy as anything, forgetting he isn’t putting weight on it. It reminds me of a story my dad tells. While he was stationed in Singapore with the RAF there was a little girl begging with a crutch and one leg. My dad has a very soft heart, he can’t bear to see suffering, so although it was against the rules he gave her a shilling. He tells this story, still with a tear of laughter in his eye, because the lost leg shot down from inside her skirts and off she ran carrying the crutch over her shoulder. I expect the gullible young English airman was a figure of fun in their home that night and my dad has lived off that story for sixty-five years. I think that’s pretty good value from a shilling. Anyway, Teddy is limping, the vet says it’s on the mend and he is enjoying the attention.

It seems that this blog post is going to be full of Fred tales. Alan has been away on business to South Africa, so I was home alone. We also have to be in London for Valentine’s Day, but chef was very keen for me to try the Valentine tasting menu, so, last night I ate in the restaurant and he cooked it for me. All I can say is, ‘Oh my word!’ what a treat, it’s truly something special. Afterwards, he and I were chatting to some guests who were sat by the fire in the great hall, it was very late, the atmosphere relaxed and friendly. They had also enjoyed a wonderful meal. They were asking where he got his inspiration from and he described a ‘ding’ moment where he put bananas and parsnips together. On the surface it’s an unlikely combination but actually, if you picture the two flavours, you can see it would work. It reminded me of another story dad told me from the war years. He was a lad in Battersea and loved bananas; very rare and very exotic in those days. On a regular basis during the war his Nan managed to get him bananas. She would mash them up for him and, on special days, they would be served with a bit of condensed milk. It was only after the war that he was told that he had been eating mashed parsnips with banana flavouring.

Select young, fresh parsnips as they are more tender and taste sweeter. Peel the parsnips; leaving them whole and steam until tender; dry the parsnips. Slice the cooked parsnips and put into a bowl; thoroughly mash and add a few drops of the banana extract. Continue adding the banana extract to taste (but not too much); add sugar to taste then mash until smooth.

As an aside, Battersea was a very dangerous place to live. Dad had been evacuated but hated it and ran away from Reading, getting to Hounslow before he was found. A frantic family meeting resulted in an overnight stay, so they were away the night their home and everything they owned was blown to smithereens by a stray bomb aiming for the power station. He wouldn’t have survived the direct hit on his home by sheltering in the cellar. It’s odd to reflect that his future, my future and a whole host of other lives have been shaped by an eleven year old boy running away.

Have a great weekend.