An appreciation of Wales's national hero 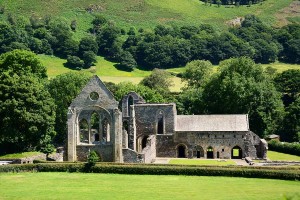 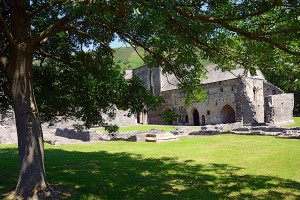 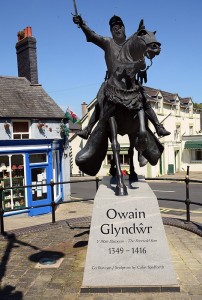 Palé Hall is situated in the heart of Glyndŵr country, the richly historical homeland of Wales’s legendary hero.

In 1981 I wrote my university thesis on Owain Glyndŵr and examined his right to call himself Prince of Wales. Before I am lynched I will quickly assert I found in his favour. Other than a brief appearance in Henry IV, “That great magician, damned Glendower” at whose birth “the heavens were all on fire, the earth did tremble”, it’s rare to find an English person who has heard of him, or if they have they don’t know anything about him, but to me he is a figure of great romance. In fact, I would start a campaign to have him centre stage in a film of epic style, directed by Peter Jackson and filmed on location here in North Wales. As a result of this interest in him, North Wales has long held a fascination for me. I do of course realise the barefaced cheek of an English person writing about one of the great Welsh heroes.

Known for his support of poets and bards, Owain was a Renaissance man, educated in law, well read, a soldier, a diplomat and a courtier to Richard ll. Following the deposition of Richard, Owain found himself on the wrong side of both the new king and the law. Owain was a hereditary prince of Powys Fadog and Lord of Glyndyfrdwy. Furious at his treatment by Henry lV he returned to Wales, tapped into enormous discontent with English rule and in 1400 he was proclaimed Prince of Wales at Glyndyfrdwy. Thus began a long running and brutal revolt that saw Owain in control of vast swathes of Wales.

Eventually, let down by his allies the revolt was put down, his wife and children incarcerated in the Tower of London, Owain simply disappeared. No one knows what happened to him, where he went or where he died. As in so many cases, no grave creates the stuff of legend. So, as this legend goes, one day when Wales needs him most, Owain Glyndŵr Prince of Wales will return, like Merlin and Arthur, to lead his people to a better future.

Here at Palé we are in the heart of Glyndŵr country. Valle Crucis Abbey, where his grandfather was buried and which was damaged in his uprising, is a short drive away, as is Glyndyfrdwy. Sycharth, his birth place and home, lies between here and Oswestry; and of course castle after castle either fell to him or was besieged. There are various Glyndŵr tours, maps and routes which if followed encapsulate a great deal of the majestic beauty of the countryside and the forbidding glories of its castles.

Come and stay with us and allow us to point you in the right direction, take one of our delicious picnics with you and immerse yourself in a history that resonates down the ages.