Blog: In the face of adversity

In the face of adversity 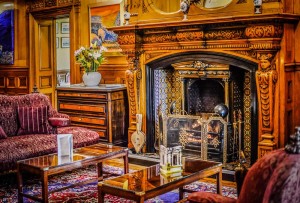 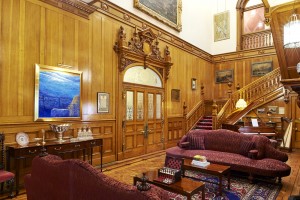 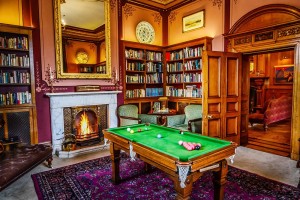 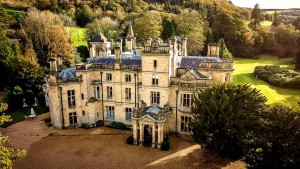 A potential disaster is narrowly averted and many, many thanks are due to everyone who played a role in that.

Let me say this now, this is a good news story.

They say that to write about a bad experience is cathartic and then to turn it around and find the good in it is life affirming.

Well, Monday 30th April is going to test that theory.

Harry, our general manager, was in London at a conference. Alan and I were the other side of Shrewsbury with his son Sam, to buy a birthday present. I wandered off to allow them some time together and fortunately found a tiny spot of mobile coverage in an area of none at all.

15.38 my phone rings and it’s the night porter’s phone. I answer and our other Sam, assistant manager Sam, delivers devastating news: Palé is on fire, all the staff and guests are safe, and the fire brigade is on its way. It’s a chimney fire in the grand hall. He doesn’t need to ask us to come – we are already running out the door. We are an hour and a half away.

16.06, it’s Sam again, the fire brigade had arrived, he’s called to warn us that there is significant damage, so we should prepare ourselves and the fire isn’t out yet.

It’s in times of emergency that Alan and I show our very different characters. I need to talk it through, go over every possible scenario, make plans, find solutions to, as yet, unknown problems and then do it again, and possibly again. Alan needs silence, stony faced, ashen, ageing before my eyes, his anxiety riven into the set of his jaw. We both try to respect the others need to cope in their own way – we drive most of the way holding hands where we can, mainly in silence.

16.07 Tony Hughes calls – his wife has sent him a picture taken from their home of smoke engulfing Palé. As soon as he knows we aren’t there, he and Owain Williams leave what they are doing and go to Palé to see what they can do. They stay for hours, their knowledge of the building to prove invaluable to the firefighters, Tony remembering a chimney inspection hatch, so they can get above the fire.

17.05 as we round a bend we can see a pall of smoke in the valley and the world turns more slowly on its axis. If you come to Palé from the Llandrillo side, you can’t see her until you round the final bend on the drive.

17.10 We pull up, firefighters, tenders & hoses disappear into the background, we can see the roof is intact and one of us says just two words as we let go hands, ‘be strong!’ The staff are standing, some talking to guests, they turn as one on our arrival, some in tears as they watch us walk in. We are greeted at the door by the fire chief who escorts us in, he tells us the damage isn’t too bad and that we have been incredibly lucky, the fire now contained to the chimney and it’s nearly out. A cursory glance tells me that although it’s a mess, it’s all fixable. I leave Alan to survey the damage and I return outside to the staff and guests. Owain and Tony hug me on the way out, they say they will stay to see how they can help.

As I deliver the news that the damage is fixable, I realise that there are more staff there than there should be, they have come in from days off to be together and they have come in to help. Palé is a family, now more than ever, stronger together. I had sent the message that staff and guests should use our barn, stay warm, have coffee. None of them went, they wouldn’t leave Sam and he wouldn’t leave Palé.

And that is why this is a good news story.

The Bala fire fighters are volunteers who have day jobs, when the alarm sounded they left their jobs donned their uniforms and came to the rescue. They are able to do this thanks to their supportive employers, thanks to their personal view of life; of others before self and the fact that they are very very brave. They put out our fire with care and respect and made so little mess or damage that two days later you wouldn’t know it had happened. They are amazing people who do actually risk their lives to help others and I just don’t have the words to do them justice or thank them enough.

We have worked with Tony and Owain for nearly three years now. It was Williams Homes who worked with us to restore Palé, time and time again they have arranged for Mark to turn out on freezing cold nights to work on the boilers or dig up the rear courtyard on New Years Eve to unblock a drain. They have become friends, and I am not sure whether they are part of the Palé family or we are part of the Williams Homes family. They stayed until all was safe, they stayed to reassure, they stayed to offer advice and they stayed to assess the damage promising to send in the right guys to get it sorted on the ‘morrow. True to their word bright and early the right team turned up, stabilised a few loose bricks and then did a temporary but almost invisible fix.

To Boras laundry who put on an extra run, so they could wash our entire stock of linen and get it back to us ready for guests today, for helping us find a carpet cleaner who would work through the night to shampoo our carpets, thank you. To Steve Woods and his son who turned up with just a few hours’ notice to clean the windows, thank you. To our very understanding guests who changed their plans because we had to be shut yesterday, thank you for your kindness, to the guests who were here on Monday who have called and sent cards in support thank you. To Plas Yn Dre for finding space for displaced guests, thank you, to the Bryntirion Inn for your support throughout Monday afternoon and evening, thank you. To parents of our staff who offered to come and help clean, thank you.

There are so many thanks due to our wonderful staff. To all of them who stayed late and turned up early, to all who came in on their days off, worked longer shifts, willingly became part of housekeeping, hoovering, polishing, shampooing carpets and upholstery, to all of them who put aside their own worry, to worry about Alan and I, for the hugs, for the love of us, Palé and each other they are all absolutely bloody fantastic. I must make a special mention of Sam. He was outstanding, as fire marshal he evacuated, assessed, liaised, informed and organised. The fire brigade said he did a first-rate job making their task much easier and therefore, crucially, quicker.

I have one final thank you, to everyone who took pictures, thank you for not turning us into a social media show, thank you for respecting our privacy and leaving Palé with her dignity intact. Please enjoy the photographs as she was and is, simply beautiful.

Palé Hall is open as usual, we just wont light that fire again until we have had the chimney lined. It’s going to be a beautiful summer so we won’t need it anyway xx

Do I feel better now? Actually, yes, I do.

Whilst reflecting upon all this I found myself thinking of U2’s ‘Beautiful Day’ – so, as an addendum, here it is: