The team behind the pass

Developing talent and opportunities for progress 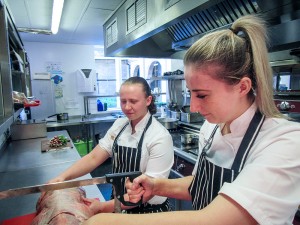 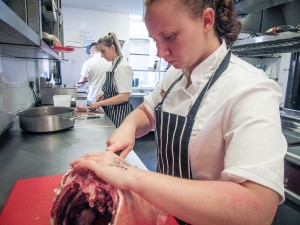 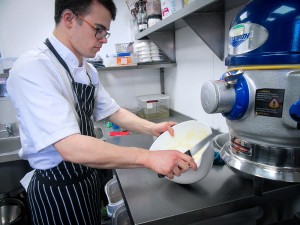 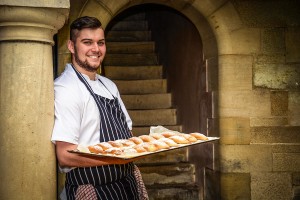 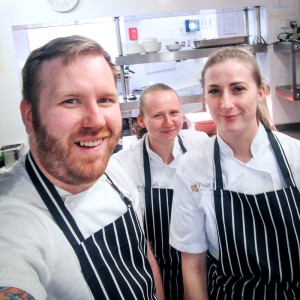 A great team is about nurturing talent and providing opportunities for professional development.

Time waits for no man and, as such, life continues to roll on in the kitchen.

It is a genuine pleasure for me to see peoples’ progression within the team, not just as chefs but as people. With that in mind, we have a strong ethos of developing our team here at Palé and not just in the kitchen of course.

Over the last three years Harry has developed from a chef de partie to a senior sous. Adam has progressed from chef de partie to head pastry chef and now he leaves us to take up a position at one of the most respected 2 Michelin star restaurants in the country. It is a testament to Alan and Angela’s investment in our team that our staff are either maturing and developing internally or moving on to some of the best restaurants around the UK.

We wish Adam well and thank him for all his hard work over the last two and a half years. During his time with us Adam has spent time with some of the UK’s foremost pastry specialists and, of course, alongside Sam reached the final four of 2019’s Bake Off The Professionals on Channel 4.

Speaking of Sam, what a year he has had. Expanding his skills under Adam’s wing, we are rightly proud of how far he has come, so it is only right that Sam starts to climb the ladder here at Palé.

Some of you may remember Angela blogging about recruitment. I am also delighted to announce we have found our next sous chef. Josh Morris joins us from south Wales. We are very excited for Josh to join the team. He worked for Matt Waldron in Cardiff recently and during his trial with us seamlessly fitted into the team; ideal.

We are, however, on the look-out for an enthusiastic pastry chef. So, if that is your thing, do not be shy about getting in touch.

As we head toward the final quarter of the year it signals our final menu change for the classics and tasting menus. After taking on some welcome constructive feedback from our guests there’ll be a slight change of format for the tasting menus. I look forward to seeing Harry’s input from his time at 3-star Frantzen in Stockholm this summer.

I’ve often considered having inspirational quotes on the pass, as sometimes seen in some of the top restaurants in the world, but I’ve realised that is not for me. However, I will leave you with this by Vince Lombardi:

“Perfection is not attainable, but if we can chase perfection, we can catch excellence.”

We look forward to welcoming you all to Palé soon.

Want to know more about the structure of the Brigade de Cuisine? – click here…