On keeping things spruced up

Responding to the demands of maintenance & repair

On keeping things spruced up 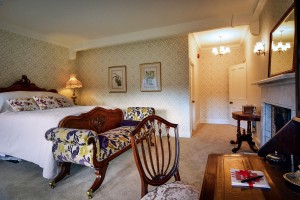 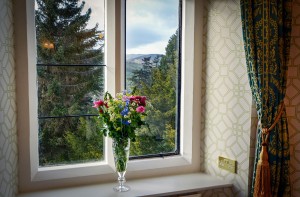 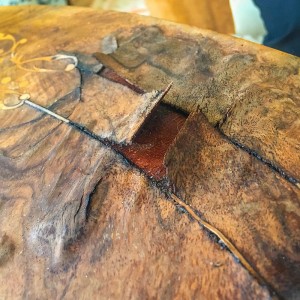 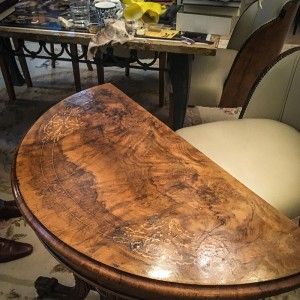 Repairing the inevitable wear & tear to the hotel, its furniture and fittings presents a variety of challenges.

We have had tens of thousands of guests through Palé Hall’s door in the three years since we opened. Now, it must be said that while the vast majority of our guests treat the old girl with gentleness and respect there are a tiny, tiny minority about which I will remain quiet. We have had some odd breakages, a chair reduced to its component parts, a table where the veneer had lifted due to nail varnish remover being left to seep under the glass, a bath tap hose and switching mechanism snapped off, all clearly accidents. By far the most dramatic was a radiator valve pulled off that pumped gallons of searing hot water though a wall and down through a ceiling into the bedroom below. Three Vax machines and hours of work later we had a dry carpet, a fixed radiator, a stain blocked and repainted ceiling all before the next guests arrived. It would make our life so much easier if guests would just tell us. The quicker we can get to it the better we can sort it, mend or replace it. Just this week we have replaced a tap and a wash hand basin.

We have a great maintenance team. Palé, with all her peculiarities, keep Neil and Stefan very busy. Alan and I have become a dab hand at fixing things. Alan is great a putting back the jigsaw puzzles of broken furniture, and I do the simple upholstery and have honed the art of French polishing.

Sometimes a job is too big. Carmarthen had to be taken out of operation this week while we got the damage caused by a roof leak fixed. It was a job too complex and finicky for us to do. Craig, our decorator, has done an amazing job and it looks as good as new; it will be back in operation by Saturday. I haven’t been up there for a while and I was reminded why it is my favourite room. It’s not the biggest or grandest but, oh my word, that view. It’s a calm tranquil room and I love it. In fact, that wallpaper will definitely make an appearance in the new house. It also reminded me of how much of ourselves we have put into Palé. In the glass bureau is a tea service that my dad brought back from Singapore while he was in the RAF. He bought it for my mum.

Have a lovely weekend.

There might not be a blog for the next two weeks as we do Somerset–Palé–London–Stockholm–London in ten days. We are very excited about Stockholm – I have never been – and we will catch up with Sous Chef Harry, and take he and his girlfriend for lunch. It’s all part of the pastoral care.