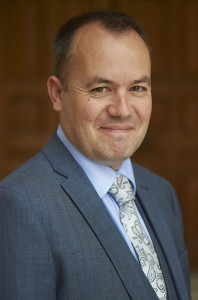 Time to catch up with some essential maintenance and show our thanks to our staff. And Pim – our GM – has been shortlisted for an award!

We had a couple of quiet days this week so we have decided to shut for some staff training, some re-painting and a bit of staff team building. Palé is shut from Wednesday after lunch time until Friday lunch time this week (11-13 October 2017).

Palé has had an extraordinary year. Never in her entire history has she had so many guests through her doors. Inevitably the many thousands of guests we have welcomed to Palé have taken a bit of a toll on the old girl. It’s very important to us that she doesn’t become tired and bashed about the seams, as part of her glory is down to the décor. So, with multitudinous pots of paint, filler and fine brushes she is going to get a bit of a touch up.

We have also a large group of new staff who we are welcoming to the team. We want to spend time with them, get to know them, the kitchen is going to cook up a storm so we can have tasting sessions and we can look at aspects of service, making sure the Palé way is embedded. Then Alan and I are taking the staff down to Bala for a curry to say thank you for all they have done, just leaving a couple of volunteers to answer the phones and ensure security while we are out.

We are also closed to walk-in guests over the weekend of October 20th/21st/22nd as we have a private function on that weekend. Open for business as usual from Monday 23rd lunch time.

You may have seen that Pim, our general manager, has been nominated and shortlisted for Boutique Hotelier Manager of the Year award. It is very well deserved. He and I will be at the awards evening next Tuesday with our fingers crossed. Whatever the outcome, what he has achieved is nothing short of stellar and everyone here at Palé has much to be grateful for. There is nothing he won’t do, no team he won’t join when we are short of staff. He has cleaned toilets, made beds, washed up, waited table and taken reservations as well as directing the strategy. Alan and I may have had the dream and set ideals we wished to uphold, but Pim and his teams have converted that into a fully functioning five-star, three rosette hotel. So, whether he wins or not we know he deserves it, and whilst it’s wonderful to be appreciated at home, the short-listing gives him the industry recognition he richly deserves.