Blog: The kindness of people (3)

The kindness of people (3) 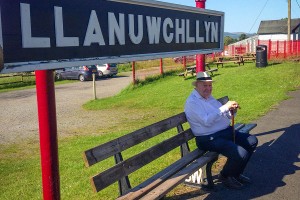 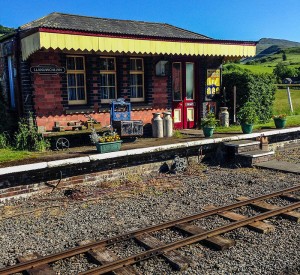 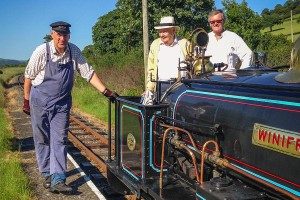 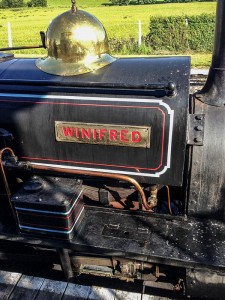 Part of the ‘Great Little Trains of Wales’ The Bala Lake Railway runs a collection of historic narrow-gauge quarry locomotives.

Since Alan and I moved up to Palé nearly two years ago time has grown wings and circled the globe, so much has happened. We are, of course, enormously proud of how the hotel is doing but on a more personal note we have been deeply touched by the way the community has welcomed us. We have ample proof of that, if proof we needed, by the way people keep an eye on dad for us. I have had more than one phone call from people in Bala letting me know he is going to be late home but is fine, or worried that they haven’t seen him for a time, or letting me know he has left something behind.

The other week I had a call from Julian Birley, chair of the Bala Lake Railway. Julian has become a friend and, in passing at a drinks party one evening, we were talking about dad having been an engineer. Julian offered to give dad a trip on one of his steam engines. It was the sort of offer that often gets made but not often followed up on. Julian, however, doesn’t make offers he doesn’t intend to keep. So, on the Saturday evening of that wonderfully hot weekend Alan and dad met Julian down at Llanuwchllyn, Julian fired up one of his steam trains and they had a private journey on the footplate. Dad had a wonderful time and spent the whole journey home saying how lucky he is. It was a magical journey, transporting them back to a byegone age, people waving as they passed, taking photographs and smiling. I guess that’s the magic of a steam train, it makes you smile, anything that does that has to be good.

Julian has great plans for the Bala Lake Railway. He is raising the money to extend the track into town where not only is there better parking but also shops for visitors to spend their money. Julian has done this before in North Norfolk and the economic benefits to the area have been significant. Having seen the route along the lakeside, the beautiful engines and the passion with which the railway is run we can’t do anything but support his plans. It’s another great example of people working hard to make this a very special and beautiful area. We certainly intend to find ways we can work together as I am sure that many of our guests would find a footplate experience very appealing. In the meantime, do go, it’s the perfect way to spend an afternoon, especially with a picnic down by the lake.

Have a wonderful weekend.