Make the most of your visit to north Wales

North Wales and the Snowdonia national park are renowned for the beauty and majesty of the landscape but there’s much else besides for the visitor to see and do in this region. Here are some of the destinations that are popular with Palé Hall’s guests. 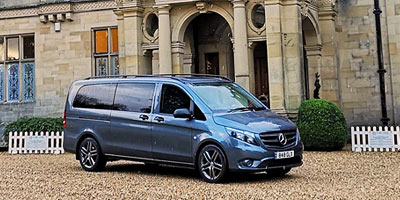 The jewel in the crown of the national park. With its famous rack-and-pinion railway service that climbs the 4.7 miles to the summit there are also many well-laid and established walking routes for the more actively inclined. There is a café and visitor centre at the summit.
The highest point in Wales, on a clear day you can enjoy truly breath-taking views across the landscape, with even the coast of Ireland being visible. 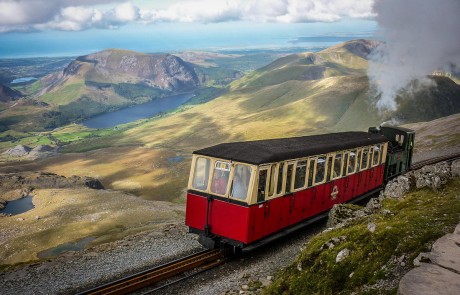 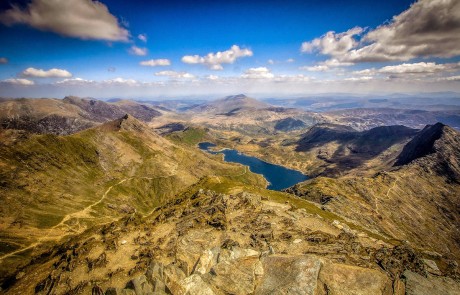 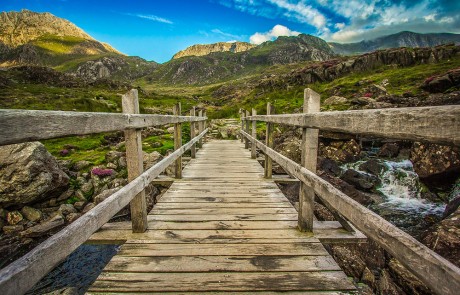 If you’re fond of sand dunes and salty air … There are many charming seaside towns with safe, sandy beaches that make for great days out. Notable destinations include Barmouth, Aberdovey, Harlech, Conwy and Llandudno, with many other wilder and more remote options along many miles of dramatic coastline.

Unique and enchanting Italian-influenced architectural marvel beside the Afon Dwyryd estuary. Portmeirion is an entire village conceived and created from the singular vision of Sir Clough Williams-Ellis over a period of fifty years between 1925-1975. Globally famous as the location for ‘The Village’ in cult 1960s TV series ‘The Prisoner’. 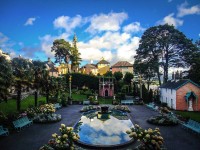 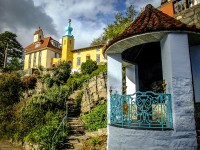 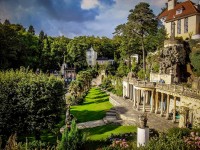 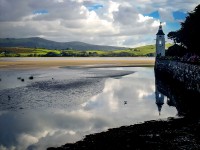 Wales boasts an extraordinary number of historic buildings but perhaps none demonstrate the depth of its history so strikingly as its many castles. Venturing forth from Palé Hall you’re spoilt for choice with such exceptional examples as Harlech, Beaumaris, Conwy, Chirk, Caernarfon within easy reach. 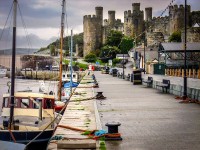 Palé Hall’s origins are closely entwined with the Victorian-era railway boom, the house built as a private residence by Sir Henry Robertson, the industrialist and railway entrepreneur responsible for much of north Wales’s C19th steam infrastructure. Palé Hall’s entrance portico depicts a steam locomotive in its fresco stonework.

Robertson was instrumental in creating the Dee Valley line, which now survives as one of the region’s best-preserved heritage lines: the Llangollen Steam Railway. This heritage steam society operates a daily service using spectacular working steam locomotives and historic rolling stock. Llangollen station itself is a remarkably preserved time capsule, commanding a magnificent location beside the River Dee. An engaging experience for any visitor, it’s one that’s sure to delight any historic railway enthusiast.

Operating a collection of narrow gauge steam trains (originally slate quarry locomotives) on 4.5 miles of track running directly alongside the lake shore, culminating in a charming period station at Llanuwchllyn. The line itself was first installed in 1868, fell to the Beeching axe in 1965, but was reopened in 1972 by the Bala Lake Railway, an active volunteer group. A delightful, relaxing experience and a great way to see Bala Lake.

And should you feel the need for an even more adventurous experience there’s also the Bala-based National White Water centre who provide canoeing and rafting experiences on the Tryweryn river’s challenging rapids.

The picturesque charms of this village, nestling in a dramatic valley setting and astride the convergence of three rivers, have earned it the title of the gateway to Snowdonia. Sitting among deeply wooded valleys, with river walks and spectacular waterfalls, it’s clear why Betwys-y-Coed is such a draw and an enduringly popular destination; a must for any sightseeing tour. Great for shopping too, with gifts, crafts and local produce, as well as many cafés, restaurants and pubs.

First established in 1874 and now under the stewardship of the National Trust, the 80 acre Bodnant Garden is a sublime destination, home to an extraordinary collection of plants and trees from around the world, together with some notable landscape and architectural features. 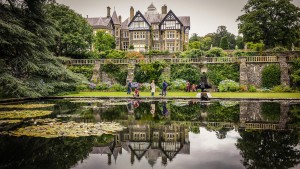 Continuing the active theme, mountain biking enthusiasts will relish the forest trails at this dedicated mountain bike facility. Waymarked trails cater for every experience level and there’s bike hire available on site too. There’s a café as well as adventure play areas for the kids. 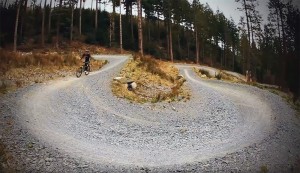 The Glan Y Gors Park kart track is only a few miles from Palé Hall. This is a large, premier-class outdoor circuit that plays host to the British Karting Championships. With their own fleet of Honda-powered Biz karts available to hire they offer arrive-and-drive sessions, available to all from age 9+, with no previous experience or additional equipment required to participate.

Still seeking more excitement? Then you won’t go wrong with the ‘zip line capital of the world‘, including the world’s fastest and longest zip runs among other astonishing zip riding opportunities. Fly over quarries, through forests or even underground caverns. Plenty of adventures for the younger family members too.

Plus other activities including: